The development, with optimal visibility off Pecos Road, is minutes from Harry Reid International Airport. Sunset Airport Center II already has a diverse tenant base, including tenants from the automotive and airline industries to high end videography and digital design!

“For over 27 years we have believed in and invested in Las Vegas!” said Jordan Schnitzer, President of Schnitzer Properties. “Our latest development property, Sunset Airport Center II, will allow us to continue to serve the community and the small tenants that make up the majority of almost 2,000 tenants in our Las Vegas Portfolio!”

This project is the last of its size in the airport submarket. It is already significantly leased and is the first Schnitzer Properties development to incorporate a rooftop logo that will be visible from airplanes and on Google Maps’ satellite view.

“The project team of Robert Strys, Tony Mateus, R&O Construction, and VLMK Engineers did an incredible job of completing this four-building project on an extremely constrained site with little to no issues,” said Jim Sather, Senior Vice President, Development, “Congratulations to everyone involved in adding another stunning development project to the Schnitzer Properties Portfolio!”

Reed Gottesman, Senior Vice President, Las Vegas Region, adds, “The Sunset Airport Center II was a unique opportunity for Schnitzer Properties to develop an infill project located within proximity of Harry Reid International Airport. This will be the last development of scale within the mature Airport submarket, and we are thrilled to create a place to conduct business for small and midsize tenants that value a high image project situated in a central location.” 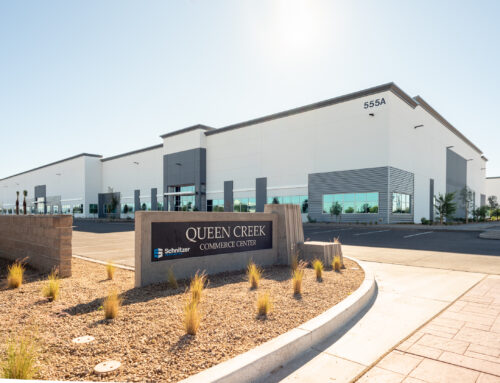 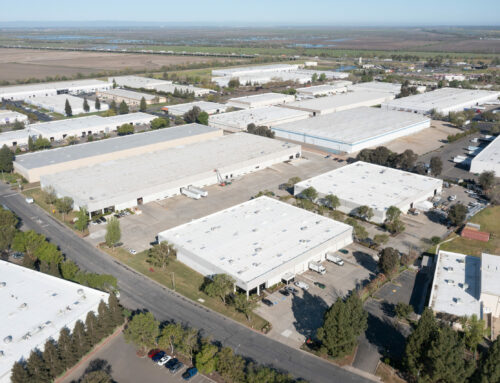 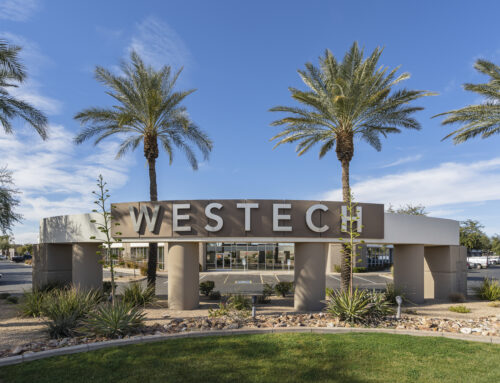